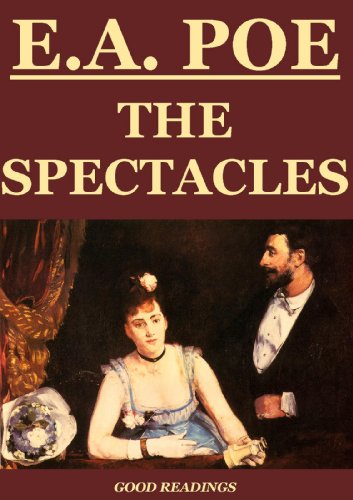 The narrator, 22-year-old Napoleon Bonaparte Froissart, changes his last name to “Simpson” as a requirement to inherit a large sum from a distant cousin, Adolphus Simpson. At the opera he sees a beautiful woman in the audience and falls in love instantly.

Overall the plot behind this short story was pretty decent and at some part it reminded me of an episode from Alfred Hitchcock Presents. Which I really enjoyed. Im a huge fan of Alfred Hitchcock if you didn’t know.

This one had a huge Gothic vibe to it which I give it extra points for doing that.

In this short story Edgar Allan Poe makes again an attempt at being humorous and as some of you might know I’m not a big fan of that. Because every time he tries to be humorous in his short stories or poems they don’t go well with me for whatever reason.

But also it was too long and it would be better if the short story was like 4-5 pages long and not as long as it was.

And gotta say that this one is different from the rest of Edgar Allan Poe’s work because it sort of wasn’t about death.

The ending was surprising which I give it extra points for.

But in the end this short story didn’t go well with me for whatever reason. It was a okay short story, it was fun to read.