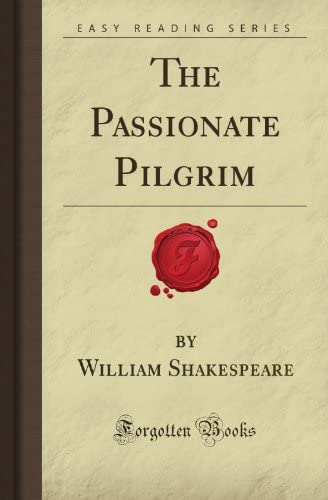 The Passionate Pilgrim is a collection of poems and sonnets that were attributed to William Shakespeare upon their publication, though it is unclear which of them were truly written by the bard

This one is a collection of poems and sonnets by William Shakespeare. Most of them were about Venus & Adonis.

Most of these sonnets and poems are pretty boring but there are few which are really good and which I enjoyed a lot.