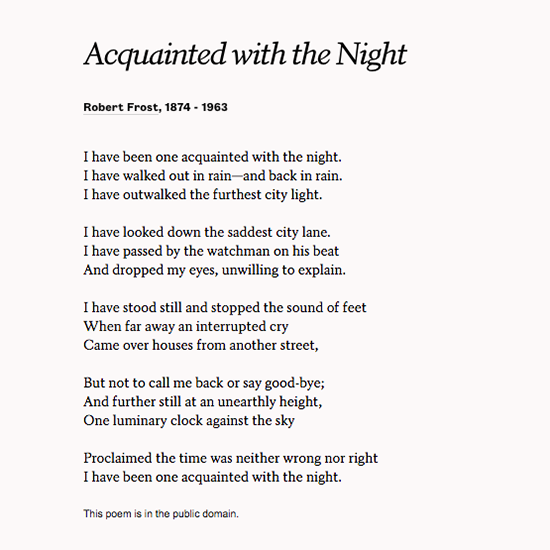 This one is about an exploration of isolation, sorrow, and despair—emotions that feel as inescapable as the night itself. These emotions, Frost suggests, are not unique to the speaker of his poem, but rather a universal part of the human experience.

This one is another pretty decent poem from Robert Frost. To be honest im not the biggest fan of poems but there are few that I like. However this one isn’t one of them but it still was okay.

The writing style in this poem was pretty decent but far from what Robert Frost is able to. Ive read some of Robert Frost’s work as you can tell.

The story is pretty good but for me it was something missing at least for me. This poem explores Sorrow, Isolation and despair and these emotions are sort of mixed in this poem. Its  was fun to read this poem but nothing more than that to be honest here.