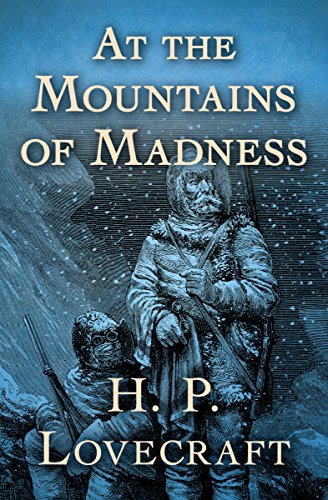 Long acknowledged as a master of nightmarish vision. The deliberately told and increasingly chilling recollection of an Antarctic expedition’s uncanny discoveries –and their encounter with an untold menace in the ruins of a lost civilization–is a milestone of macabre literature.

The overall plot in this one is very boring and not much to talk about here because it was so uninteresting. The plot was ask about a vision about the antarctic and the discoveries which were made in this short story. But come on, the world is full of this kind off stories that something is found in island where not a lot of people live or go to.

And the first 15 % of this book was just an introduction to H.P Lovecraft, and the rest of it was a short which would cure the heaviest and worst insomnia which anyone could have.

This short story wasn’t scary at all, or even a little bit creepy nor eerie which again wasn’t great because we are talking about H.P Lovecraft.