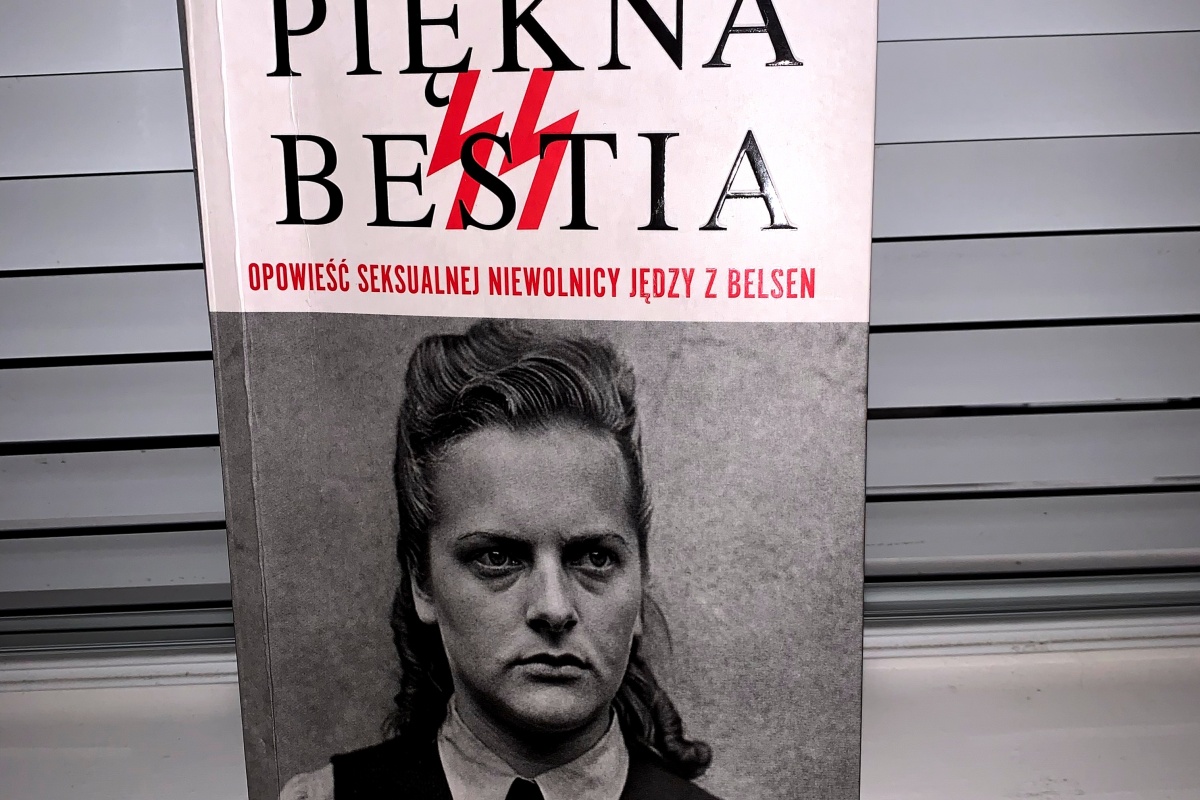 A novel about Irma Grese, one of the most cruel and bloody women in the history of the world. Irme, a supervisor of female blocks in several concentration camps, is responsible for the deaths of the women. The prisoners called her the angel of death, the beautiful beast, or the Belsen bitch. She was a perverse sadist. After the war, she was tried and sentenced to death at the age of just 22. Her story is told by a woman who became Grese’s sex slave at the age of 12

Let me start of with saying that at the time of the writing this book is only available in two languages which is Polish and Spanish. And I truly hope that soon enough this book will be translated into more languages because a lots of people will find it useful to read.

This book is about a woman named Violeta Flores Anaya who was a slave to Irma Grese.

Irma Grese was one of the most gruesome and evil people of Nazi Germany and who did kill hundreds and hundreds of woman and kids in the concentrations camps during World War 2.

I’m very interested in World War 2 and the holocaust and when I saw that this book was for sale in my native language which is Polish (for these of you who didn’t know) I just needed to buy this one and read it.

I gotta say that this book was not the greatest book about the topic of World War 2 and the evil shit which was happening at that time but it isn’t the worse neither. This book is in the middle.

The writing style could be better, because there are times when it switches writing style in the middle of the page which should be illegal to do.

The main history in this book is very interesting but its very poorly written which really sucks because this book had the chance to be a bestseller and famous book.

And after my humble and long research I couldn’t find even one word about Violeta Flores Anaya which means that lived under the rock all her life despite the fact that she was involved with the infamous Irma Grese or it could mean that this book is just bull shit and she didn’t even exist.

There are a lots of information about Irma Grese and the rapes which took place during World War 2 by Nazi soldiers and the higher places nazi people. But there is zero words about Violeta Flores Anaya. Which is really suspicious.

After I finished this book I give it 3 stars but after I found out that very likely Violeta Flores Anaya exist I changed it to 1 star.