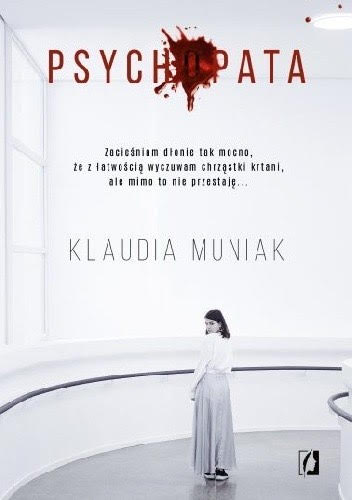 At the BCT research and development center, tests are being carried out on a modern, non-invasive method of fighting brain tumors. Maja Lipska, a young researcher, achieves spectacular success. After a banquet at the end of one of the conferences, he wakes up on a park bench. To her horror, she discovers that she has no idea what she has been doing for the last thirty-six hours. At the same time, young women are brutally murdered in Krakow. All the clues point to the operation of a serial killer. The investigation is carried out by Maja’s partner, who does not like her reckless behavior. When one day at the BTC center the body of one of the workers is found, it seems that it is another victim of the “Krakow cutthroat”.

Before we start this review it is important to mention that at the time of writting this review this book is only available in Polish but lets hope that it will change soon.

First of all I need to give this book points for having a good idea behind it and that the main character was acctually amazing and written very well.

This book was my first medical thriller so I didnt have high expection for it, but still it had disapointed me. The whole story we got here is just a skeleton and nothing more than that.

There are things which really throw off me at least. Which I cant really mention without spoiling anything for you guys so I wont do that.

This book could be longer and have more descirptions, details and longer process than it acutally had.

Medical experiments and serial killer does usuallly the work for me when it comes to me liking a book but not in this case. Because the whole potential of this book wasnt used as it could have been.

For the most part this book as a whole was super annoying to say at least. Because of the drama which was created by the main character and that the whole potential wasnt used.