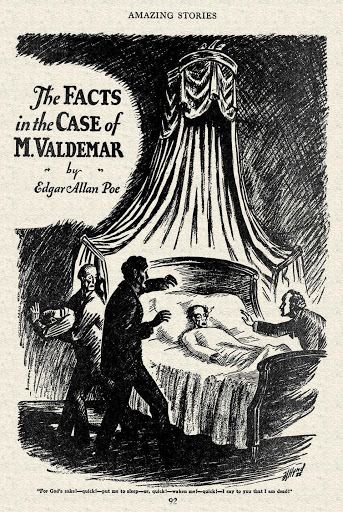 The narrator presents the facts of the extraordinary case of his friend Ernest Valdemar, which have incited public discussion. He is interested in mesmerism, a pseudoscience involving bringing a patient into a hypnagogic state by the influence of animal magnetism, a process that later developed into hypnotism.

But to be fully honest with you I’m not sure what the point of this story was.

The writing style was amazing though. It was vivid and very eerie.

Yet again I have very mixed feelings about another Edgar Allan Poe story.

This story needs to get points for having the eerie, gothic and dark vibe to it. Which every Edgar Allan Poe fan will appreciate.