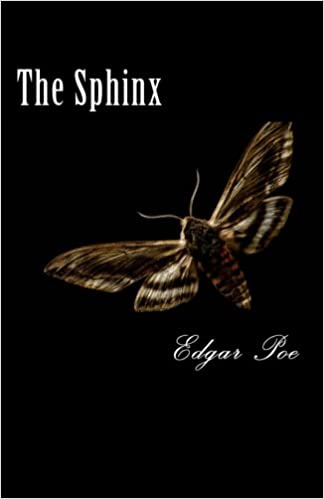 This short story is about a man who decides to visit a relative living near the Hudson River north of New York City for two weeks during a cholera epidemic in the city. An outbreak occurred during the summer of 1832. One day during this visit, the man is reading a book near the window overlooking a scenic view of the Hudson River.

This one short of gives you an atmosphere of gloom and a large mysterious creature which of course is hiding and moving around the place.

However this one involves a small part of creepiness which is followed by humour which is always fun.

This whole story gives you creepy and surprising vibe. Which is why many people decide to read Edgar Allan Poe.

The most annoying thing with this short story is that as you read the story you will feel something big going on and which will happen any second. And Edgar Allan Poe just keeps building on that feeling and in the end nothing happens.

In this one Edgar Allan Pie use a clever method of distraction to trick the reader as the horror unfolds.

This one is also a fun little read, which can be read in 10 minutes or so.

This one is also very interesting but not as scary as you might expect from the gothic king himself.

The writing style is pretty decent but Edgar Allan Poe was able to do much better than this one.

But this story definitely needs to get points for being interesting, amusing, fun to read and clever.