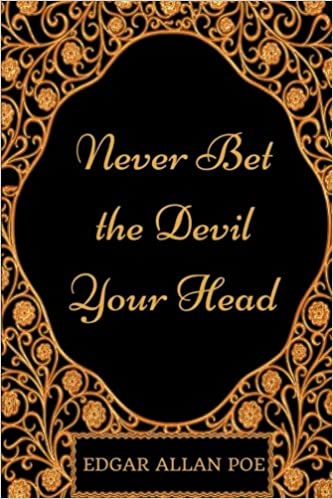 This story is a clear attack on transcendentalism, which the narrator calls a “disease” afflicting Toby Dammit. The narrator, in fact, sends the bill for Dammit’s funeral expenses to the transcendentalists, who refuse to pay because of their disbelief in evil.

Let me start this review by saying that the main character’s name is the most brilliant name Ive ever heard in my entire life. The main character is named Toby Dammit, the name have blown me away its so good.

The whole story is written in response to the criticism that Edgar Allan Poe was facing regarding his work at the time of writing this story. So this story comes across more or less as “F You” to the people who were trashing him at the time.

In this story Edgar Allan Poe disapproved of transcendentalism together with giving us his believes about all fiction and that it should have a moral in it. Which of corse will not work for some of you.

This story is far from Edgar Allan Poe’s best work but it is still a relatively good, quick and enjoyable read which will give you some Edgar Allan Poe vibe in it.

However the plot might be boring or less interesting for some people because the whole story is about Toby Dammit fighting the devil inside of his head which can more or less translate to Toby Dammit fighting the negativity, overthinking and pessimistic thoughts in his head. However this story is written by Edgar Allan Poe, and nothing is that simple when it comes to Edgar Allan Poe.

I need to give this story points for having some funny moments in it which will make some people laugh. The funny moments are funny because of the sarcasm in it.

The points needs also to be given to this book for showing us that the the GOAT of gothic genre can also be funny and not just the grim and depressed dude.