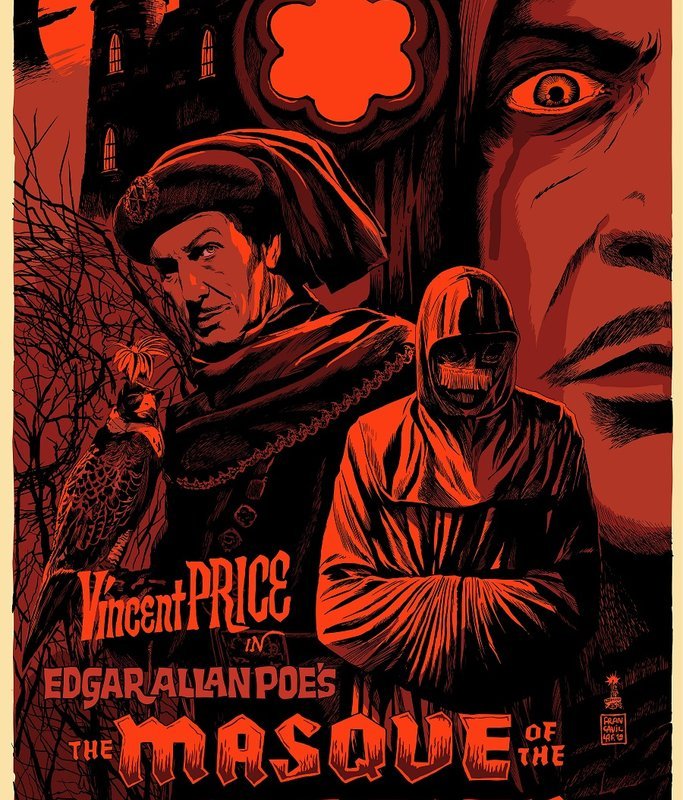 The story follows Prince Prospero’s attempts to avoid a dangerous plague known as the Red Death by hiding in his abbey. He, along with many other wealthy nobles, has a masquerade ball within seven rooms of his abbey, each decorated with a different color. The story follows many traditions of Gothic fiction and is often analyzed as an allegory about the inevitability of death, though some critics advise against an allegorical reading. Many different interpretations have been presented, as well as attempts to identify the true nature of the titular disease

This whole tale is realistic, it almost sounds like the Black Death case. Because one family member could be perfectly healthy in the morning, start feeling sick at noon, spit blood and be in excruciating pain in the evening and be dead by midnight.

This book shows the Classic Edgar Allan Poe foreshadowing of denial. Which is brilliant, if you want to taste the classic work of Edgar Allan Poe this tale is something to pick up after “Raven”.

This one was short, straight to the point. It is also creepy and it is giving an unsolved murder vibe, which could have happen now on days.

Fascinating and lurid allegory about a group of people who, on the invitation of “Prince Prospero,” lock themselves within a “castellated abbey” to escape the Red Death.  The whole story is unique and very fun to read. It is short which means that you can read it in 1 hour or so. And the mysterious illnes ravaging the country and a rich leader decides to deny reality by partying with his croonies adds even more to the story.

This tale is really good at showing that death waits for no man.  Time can’t stop the inevitable; it can only delay it.

GET THIS TALE ON AMAZON FOR AN AMAZING PRICE